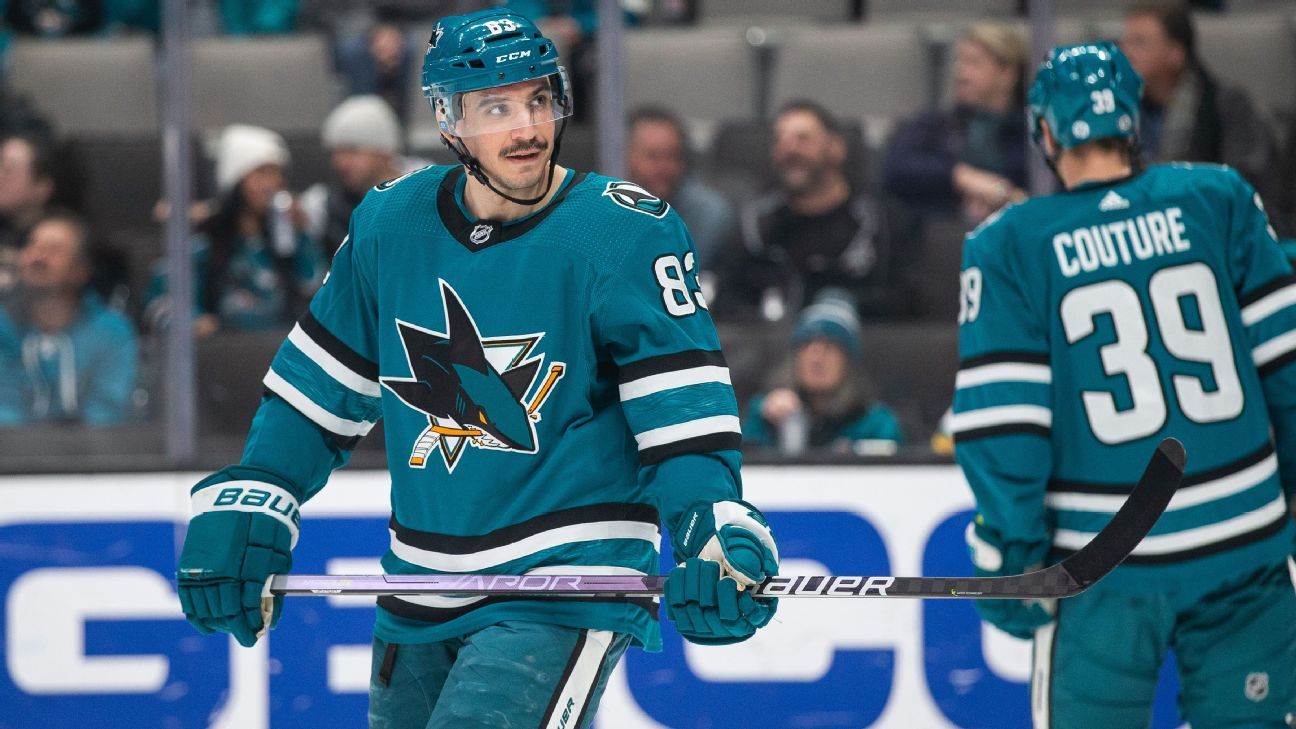 The Colorado Avalanche brought back a familiar face Wednesday when they reacquired veteran two-way forward Matt Nieto from the San Jose Sharks.

Nieto, along with prospect defenseman Ryan Merkley, are going to the defending Stanley Cup champions in exchange for defenseman Jacob MacDonald and prospect forward Martin Kaut.

Adding Nieto gives the Avalanche a proven bottom-six forward who can provide contributions in a number of areas and offer production beyond Andrew Cogliano and Logan O’Connor.

Nieto has eight goals and 15 points in 45 games this season and is on pace for a 13-goal campaign, which would be the second most of his career. He previously played in Colorado for four seasons, from 2016-17 to 2019-20.

Furthermore, Nieto provides Avs coach Jared Bednar and his coaching staff someone who knows the dynamics of their penalty kill. The Avs enter Wednesday with the 20th-ranked penalty kill, with a 76.9% rage. As for the Sharks, they boast the No. 3 PK unit in the league, with Nieto receiving the second-most ice time among Sharks forwards.

In MacDonald, the Sharks receive a depth defenseman who has two points in 33 games while averaging 8:39 in ice time with the Avs in the wake of their injuries.

Nieto will be an unrestricted free agent at the end of the season, while MacDonald has one year left on a contract that will see him earn $762,500.

Exchanging Kaut and Merkley presents a change for a pair of 2018 first-round picks who struggled to make an impact in the NHL.

Kaut, who went 16th, was projected to be a top-nine, two-way forward who spent the majority of his time with the Avs’ AHL affiliate but struggled to find the consistency to break into a top-nine role. Kaut has three points while averaging 9:08 in 27 games.

Merkley, who went 21st, came with the promise of potentially becoming a top-four, puck-moving defenseman. He averaged 0.47 points per game over 93 games in the AHL but could not replicate those numbers with the Sharks, having averaged 0.15 points in 39 games.

Both Kaut and Merkley will be restricted free agents at the end of the season.

I need to read More

GameDay
Welcome to GameDay.Blog Powered by SportsBook-Live.com. Please register to our site, As more States become Available for Online Gambling, We will automatically upgrade your status from Subscriber to Player. Please note we are not affilliated in any way with ESPN, CBS Sports, Home depot or CitiBank GameDay Programs. https://gameday.blog http://gameday.blog
http://gameday.blog

Access to this page has been denied. https://www.vividseats.com/pxns/c.js I need to read More