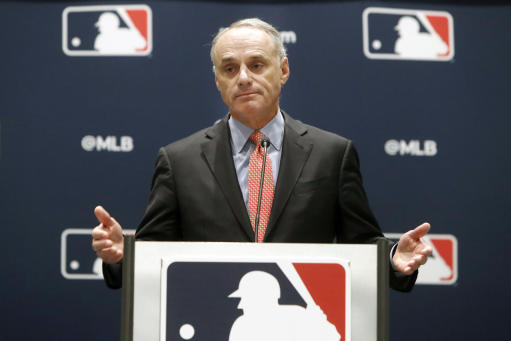 After days of angry exchanges over money between Major League Baseball and the players’ association, Commissioner Rob Manfred started to doubt whether there would be a 2020 season and said as much on national television. MLB thought it had terms to play the pandemic-delayed season in empty ballparks, not just a proposal. The union said nothing publicly and staff conferred with the eight-man executive subcommittee and other players.

Rams’ top draft pick, running back Cam Akers, proclaims he can be ‘game-changer’

Posted on May 4, 2020 Author GameDayBlog

Rams’ top draft pick, Cam Akers, says he has ‘big boy pants on’ and can handle all the roles of a running back in the NFL. FULL STORY

The 2020 Season is underway and we have your recap of the 9 biggest things you need to know with MLB starting up. With a 60-game season coming with a handful of rule changes, it will be one of the wildest MLB seasons ever. On top of that, we have amazing division races and up-and-coming […]

It wasn’t that long ago that the Giants no longer wanted Ereck Flowers. Seventeen months later, Washington wants to keep Flowers. Washington coach Ron Rivera said the team hopes to re-sign offensive guards Brandon Scherff and Flowers, both of whom are scheduled to become free agents in nine days. FULL STORY