The Spring League announced its plans for the 2021 Spring/Summer session on Tuesday. The first official report was from ESPN’s Kevin Seifert, who highlighted one of the new rule changes, as well as the 2 cities the league would be calling home.

All 6 of the teams from the 2020 Fall session will return with 2 new teams, the Linemen, and the Sea Lions; and will play in 2 hubs simultaneously, 4 (Conquerors, Aviators, Alphas, and Linemen) in Indianapolis, and 4 (Sea Lions, Generals, Jousters, and Blues) in Houston.

The league has taken the developmental aspect to heart, not only coaching up young players, and giving coaches opportunities to hone their skills, but also by testing rules. The Spring League was a testing ground in 2019 for some of the differences in gameplay the XFL wanted to implement.

This year is no different. From the press release:

“The 2021 season features a couple of new rules that aim to improve the game, specifically introducing a new overtime format as well as enhanced protection for the quarterback. In the new ‘spot and choose’ overtime, the team that wins the overtime coin toss will pick the spot of the ball, while the other team will choose whether to play offense or defense.“

Recently, followers had noticed some movement from the league as it pertains to former USFL trademarks, and heard the rumblings of something to come for 2021. At this point though, none of the team names from the defunct 80s spring league will be in use.

According to CEO Brian Woods, players with NFL experience within the last 3 years, or who were part of the 2020 fall session are exempt from the tryouts and are placed in the draft pool. Those players are also exempt from the participation fees.

A full broadcast schedule will be released soon, but Woods did say that unlike last fall, every game will be aired on either FS1 or Fox.

Many of the coaching lineups stay the same from last year, with a few changes. Here is what we know so far; Jerry Glanville will return with the Conquerors, with former Houston Roughnecks OC AJ Smith. The Blues will have HC Ted Cottrell back, and last year’s DC Derrius Bell, who was the Roughnecks DBs coach.

Former Chargers HC Mike Riley will lead the Sea Lions, and former Guardians HC, Kevin Gilbride will coach the Jousters, and Terry Shea returns to coach the Aviators. The rest have yet to be officially announced.

Players report around April 24th, with Indianapolis getting started a few days sooner, since they get started 2 days before the Houston hub. Week 1 kicks off on Thursday, May 6th with a double-header that will have the Alphas vs the Aviators, and the Conquerors vs the Lineman.

Saturday, May 8th will feature the reigning champs, the Generals vs the Jousters. The championship game will be on June 19th.

“We aim to be the premier professional developmental football league in the United States and abroad, so this is a step in the right direction for us growing the league, growing teams giving more opportunities to players and coaches.”

Seeing that many of the guys from the fall session have gone on to sign with teams in the FCF, the IFL, the CIFL, the CFL, and the NFL, the opportunity that The Spring League can offer does have the potential to pay off.

The on-field product from last year was really good, and with the expansion – which means more players – we expect the same from this year.

We’re looking forward to what this year holds.

Former DC Defenders head coach/GM Pep Hamilton is set to interview with the Pittsburgh Steelers for their open Offensive Coordinator position. As quarterbacks coach for the Los Angeles Chargers, Hamilton’s status is unclear with head coach Anthony Lynn’s firing. Steelers have one more candidate to interview for offensive coordinator job to go with Hue Jackson […]

On Wednesday, March 10, it was announced that the XFL and CFL are having formal conversations regarding potential future collaboration between the two leagues. The extent of what precisely this means we still have yet to learn. On Thursday, June Jones, former head coach of the CFL’s Hamilton Tiger-Cats and the XFL’s Houston Roughnecks, appeared […] 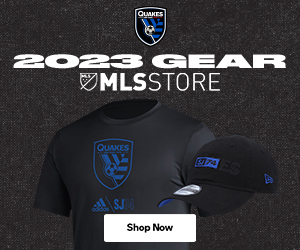